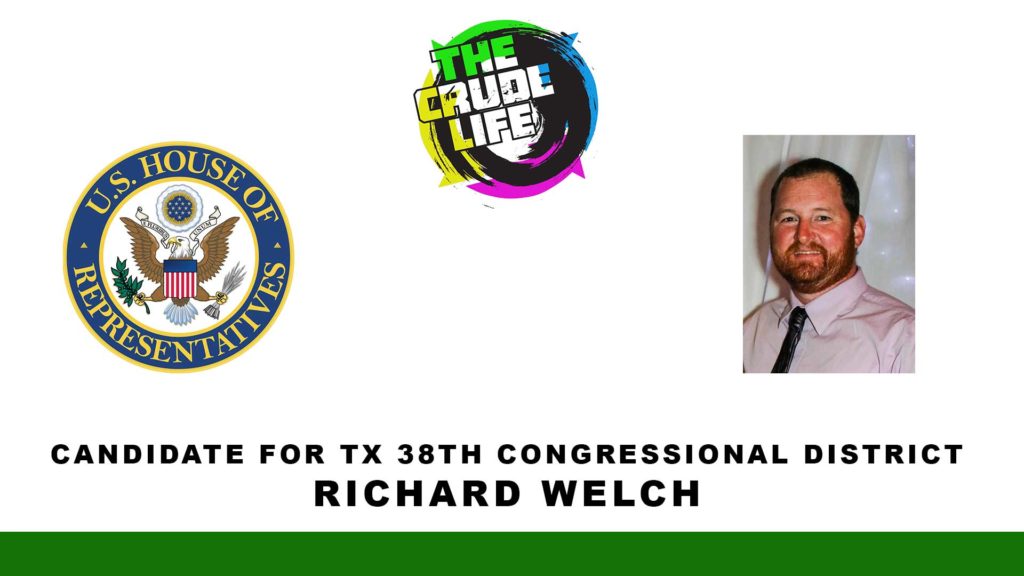 Richard Welch is running for the U.S. House of Representative in the 38th District in Texas. The district is new this year after redistricting was complete.

Welch talks about his reasons for running for office in the interview.

“I am a Constitutional Conservative who is dedicated to running on Energy Independence, our Freedom and Liberties, Mental Health and the Special Needs community. I believe that Energy Independence is crucial to a stable economy and ensures our domestic survival.”

Welch discusses his energy policy and views on the oil and gas industry.

The commercialization of the government is discussed in detail from companies using politicians as business development staff to whether there is anyone left representing the people. Or do modern day politicians only represent companies and corporations?

Welch declared candidacy for the Republican primary scheduled on March 1, 2022.